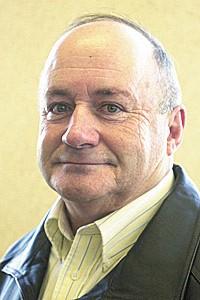 The Town Manager received a letter from Superintendent Steve Stone last week where he was responding to continuing rumors in the town concerning the spending of a $100,000 additional appropriation given to the school department back in November of 2013.

A town meeting article at the time called for it to be use for textbooks or educational supplies.

The Superintendent provided documentation showing that he had put together a budget line item to track the $100,000 and that he had purchases of classroom projectors for all classrooms up to grade 8.

Selectman Joe DiRocco brought up this letter as an agenda item tonight, mostly from what I understand was because of the tone of the letter.. which he felt was negative and accusatory.

DiRocco read out the minutes of Selectmen’s meeting back then, as well as minutes from a later school committee meeting that mentioned these purchases but also mentioned the hiring of a tech consultant.

Now, according to school committee members I’ve spoken with, the additional tech staff hired at the time was completely independent of this appropriation. Also, the classroom projectors are considered educational supplies by the dept of education.

Selectman Tami Dristilaros responded immediately in defense of the school committee that this was a three year old issue, and was just a negative item to bring up during the time of an override. She then repeated her belief that there should have been one question.. but emphasized that she would vote for both questions in the ballot box (and challenged the others to do the same).

Chairman Tony Archinski challenged DiRocco as being overly negative, and Selectman Alison Hughes spoke to working together and that whether there was disagreement with decisions of one committee, the boards must continue to work together.

DiRocco told me that they had invited Sup Stone to the meeting tonight. Chairman Betsy Murphy spoke later in the meeting to offer to have Stone in later, but DiRocco emphasized that such a visit would just continue a negative situation which nobody wanted.

In summary Stone felt he had to respond to rumors in town that had been intefering with a recent audit (as he told us on the air last week) and had been mentioned at a recent BOS meeting. DiRocco felt he had to respond to the tone of the letter, and with further information from the time that at first glance looks contradictory.. I believe when looking at all the facts from the various points of view that they do gel into a reality that shows all the facts as true, and everything being done legally and correctly (as DiRocco emphasized).