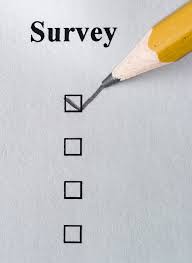 I’ve been reviewing the health survey’s performed at the Dracut High and Middle Schools during 2015.

These were presented to the School Committee on Monday evening, Mar 14th, 2016 and although I listened I also wanted to look at the data to be able to report on it.

The Superintendents office was very supportive in both posting the reports, and then letting me know they were available.

I should note here that Superintendent Stone has offered to appear on 980 WCAP Saturday Morning live this week to discuss these reports.

From a letter to parents, Superintendent Stone:

The School Committee has also publicly committed to supporting efforts related to the social and emotional well-being of students. They are communicating with members of the community who have expressed a willingness to support our efforts. This is especially important in that any comprehensive system of supports must includethe entire community.

Within the schools, the results of the surveys will be sharedwith the facultyin an effort to engage educatorsin conversations about how we can better support students.
Finally, at the Richardson Middle School and Dracut High School, groups of students will be brought together to discuss the results and receive their input.
The issues contained in these surveys are sensitive and elicit a variety of emotional responses. It can be natural to some to shrink from having open and honest conversations especially when it involves children and adolescents.
To do so, however, allows such matters to remain in the shadows.The Dracut Public Schoolsis committed to shining a light on these issues in the best interest of the social, emotional and physical health of our students.

The two reports, one on findings at the Richardson Middle School and the second from the Dracut High School are very interesting, and disturbing, in that they give us an view into the reality of todays youth.  Personally, I also advocate that parents who are interested in this subject also review the publications of SAMSHA, There is a lot of general information on substance abuse as well as resources for parents (and students) who need help.
First of all, I want to ask everyone to look at the statistics with care.  Any discriminator that is very low (like only 2 or 10 students reported on that item) make it inappropriate to use the stats as a general description as those numbers are too low.   I guess to be frank about it, at the High School too few minorities were reporting, so its unfair to say that they overwhelmingly represent their race in general.
Students participating at the Middle School tell us 5% of students self-report hurting themselves (cutting, etc), at the High School this increases to 10%.  This is disturbing.
We see high rates of depression at both schools, and this makes you think “what services are available to these kids?”
15% of our kids are drinking for the first time between 10 and 14 years of age, 55% of High School students reported drinking in the last 30 days, with 25% saying they had “binge” drinked in that timeframe.
Seriously considered suicide? 9%,  2 actually attempted (of those who took the survey).
When it comes to pot, only about 5% had ever tried it at the Middle School, only 2% recently. By High School, we’re up to 35% having used it with 17% reporting they had used it in the last 30 days.
In our discussion with the Superintendent, it will be interesting to learn whether these were randomly selected students, or those who chose to take the survey.  Why only about 150 were surveyed at the high school and over 500 at the Middle School.
The discussion has to go on to what services do the schools, the community and the state provide for these families?