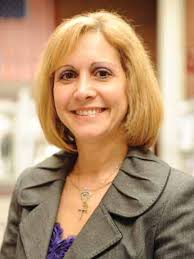 I had a long chat with Tami Dristillaris last night over at Jesse Forciers fundraiser.

We were discussing Hector Berube, as I was saying that in my genealogical research I enjoy talking with older relatives about what their life was like when they were young.. before television, some before the wars.

This slipped into what was life like for us as kids. We remember getting the kids together in the neighborhood and just playing kickball or hide and seek across all the yards.. sometimes waiting for the sun to go down for flashlight tag. No real rules, no coaches, no commission in charge of recreation.

I asked Tami what was up with her voting not to put the override questions on the ballot for the spring election. I indicated that this seemed a vote against giving the people any choice at all.

She said that she felt that because of her opinion that there should not have been two questions, that she felt she had to follow through by voting against moving them forward.

However, she made the point that she knew they would pass, so she was just making a statement.

If they were at risk of moving forward, she said that she would have voted to put them on the ballot.  Her “Vote YES” is real when it comes to supporting the initiatives.