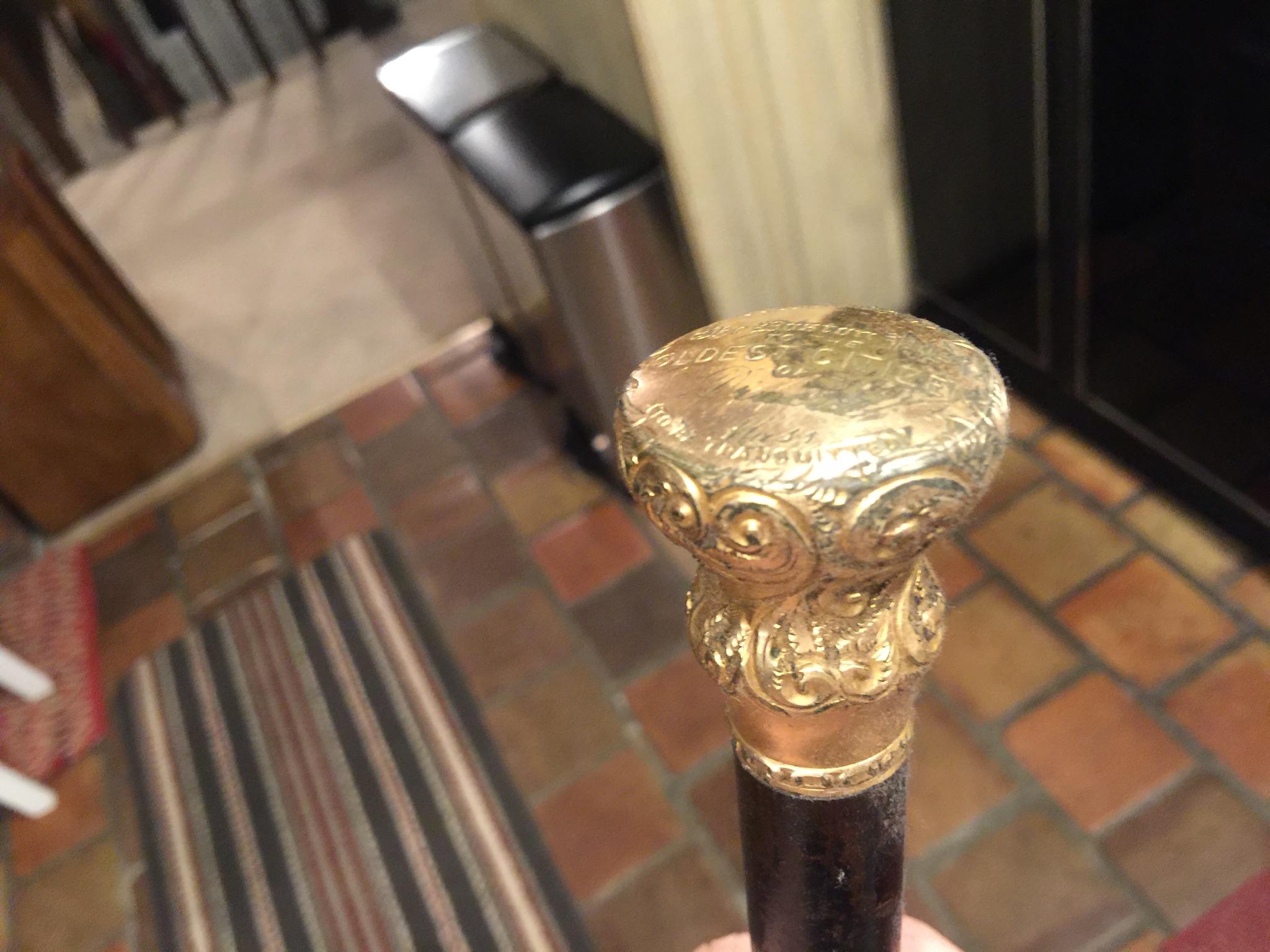 Its a fascinating story, that I will do some more to get the complete story later.

During tonight’s meeting of the Board of Selectmen, Cathy Richardson was in the process of recommending that the town commission a replica of the orignal Bost Post Cane that had been given to the town long ago by the publisher of the Boston Post newspaper.

Originally, the cane was to remain in the possession of the oldest citizen of the town, and was lost many decades ago.

Chairman Tony Archinski surprised her by announcing that the original cane had been located, and that it has been in the possession of family of Housing Commissioner Russ Taylor for over 60 years, and he still has it!

I’m hoping to contact him again later this week and get the entire story, but he has sent us a photo of the cane for now.

What a great find for Dracut, that I hope we can turn back into a new tradition to honor the seniors of our town.