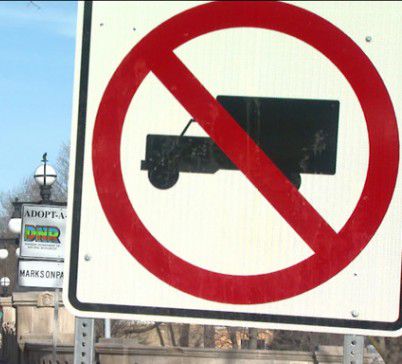 In the letter, attorney Richard J. Yurko, of Boston-based Yurko, Salvesen & Remz, also claimed that the council approving the ordinance would mean the city violated a 2009 agreement with Brox that helped paved the way for improvements to Wheeler Street and for the Toll Brothers construction of the Regency, thus giving Brox the right to sue.

The Mayor of Methuen has vetoed a heavy trucking ban being proposed by the city council.

It looks like years ago Brox Industries made an agreement with Methuen giving them some land along the town border in trade for the right to use the road.

Over the years, a 55+ community was put on Wheeler Rd on the Methuen side, and now those residents are complaining about trucks along the road.

The Mayor agrees that there seems to be no safety issue, so wants to avoid a legal battle with Brox.

One of the Dracut residents near Wheeler Rd had just been before the Board of Selectmen, where Town Manager Duggan said that the town was watching the situation and would get involved if necessary to protect the rights of the town.